True to the Image of Andalusia; Chicken with Asparagus (Pollo con Espárragos) 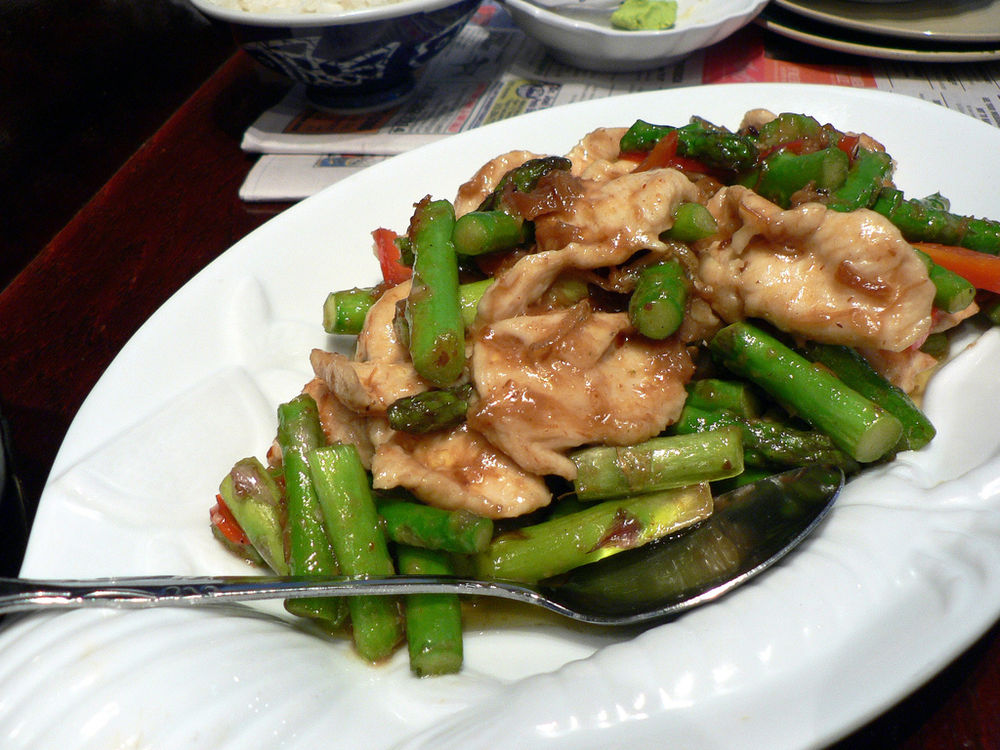 Andalusia is the region that conjures up the fabled and romantic images of Spain as described many times by playwright Federico García Lorca. Gipsies dancing the flamenco, Moorish palaces towering above white-jewelled pueblos, bullfights on Sundays, all these snapshots remain faithful, even in contemporary times.

The region consists of a vast landmass located in Southern Spain. Andalusia borders Portugal on the west, Gibraltar on its south, while its eastern shores touch upon the Mediterranean Sea. The northern region borders Castilla La Mancha and due to the narrowness of the Strait of Gibraltar is, in fact, closer to Morocco than to Barcelona. Andalusia is home to the snow-capped Sierra Nevada. They frame the ancient Moorish city of Granada, the golden beaches of the Costa del Sol, and to the bodegas of the world-famous Jerez sherry. This region’s menu is just as far as it is ranging. Andalusian food can be subtle and refine or brash and spicy from its Moorish roots. Households tend to use only locally grown produce that is in season, such as asparagus.

Often called the “food of kings,” asparagus is a vegetable that plays an essential role in many a kitchen. It is in season for seven months out of the year. Asparagus is native to Mediterranean countries, and in Spain, it is an inexpensive enhancement for any recipe. It can be used as a side dish, made into a soup, used as side tapas or added to chicken or seafood dishes.

Andalusians in the know take pleasure in adding asparagus to the most straightforward recipes of recipes such as “Pollo con Espárragos (chicken with asparagus)” and making it into something special.

“Pollo con Espárragos” is a one-pan dish good to serve in the colder months. It can be created in less than 15 minutes, giving you quality time to spare at the dining room table.

This recipe was originally contributed to Hispanic Kitchen in 2010