This Foodie Enjoyed Many a Friday at Keen's Chophouse 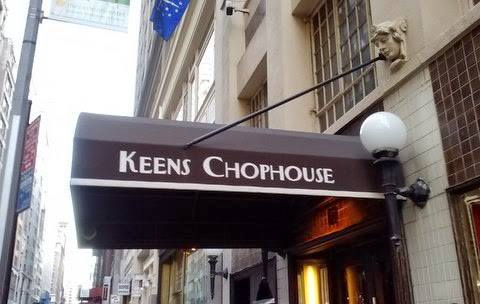 Of all the historic steakhouses in New York City, Keen’s was the one I went to more often because of its locale. Keens’ was the closest fine dining restaurant located at 72 W 36th St. Keen’s was in an area I worked in for 32 years (the garment industry). This was the ideal haven to take out of town buyers or go with co-workers for a birthday celebration and/or even for a Prix Broadway show dinner.

This area was the main theater scene in NYC when Keen’s opened in 1885, and Keen’s was a part of the Lambs Club. Many actors and theatre patrons favored Albert Keen’s chophouse for a meal. It is rumored that full costume actors performing at the Garrick theater next door would dine at Keen’s between acts.

The classic mutton chop at Keen’s is legendary, and it was something I ordered many times but guess what? It really is not mutton and hasn’t been so since 1981… it’s lamb! 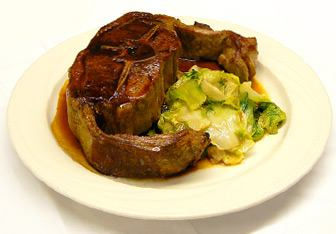 The broiled chop was drizzled with a delicious mint-infused au jus. Buttery escarole was served with it. When it was a ‘night-on-the-town ’ with someone special, my other choice was the Chateaubriand. It was grilled to perfection, and I can remember it was flavorful and melted in your mouth.

Another draw to Keen’s was its décor, which is rich and filled with history. Each room displays a portion of New York’s younger days, and it was enjoyable to discover something new that I missed from the last visit. 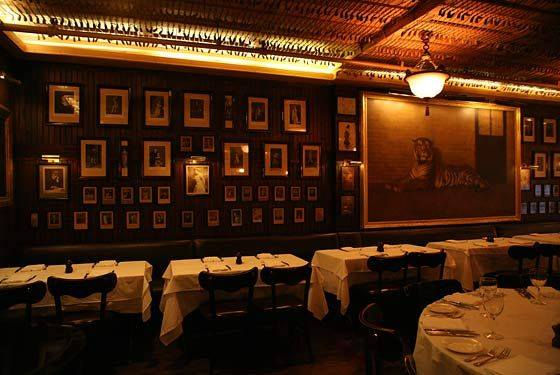 The best part was looking up at the ceiling where you’d view the most extensive collection of clay pipes around (more than 50,000). Everyone from Mark Twain, Teddy Roosevelt, Enrico Caruso to General Douglas MacArthur to Former Mayor Michael Bloomberg has a pipe hanging in this historic chophouse.

Over the wood-panelled bar sits a typical saloon portrait from the late 1890s of a seductive and nude woman. She was given the name “Miss Keens,” chosen by then-owner George Schwarz in 1978. Many speculate she may have been the original proprietor’s mistress); Miss Keens receives a mark of distinction by being listed in the menu. The Miss Keens burger is a burger served nude, without a bun. 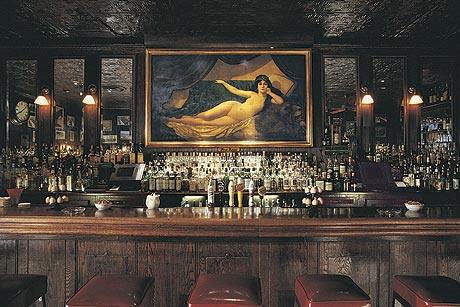 Keen’s closed down in 1977 and was resurrected by George Schwarz, a radiation oncologist, and his wife, pop star Kiki Kogelnik. I hope it is still a must today as it was in the past.