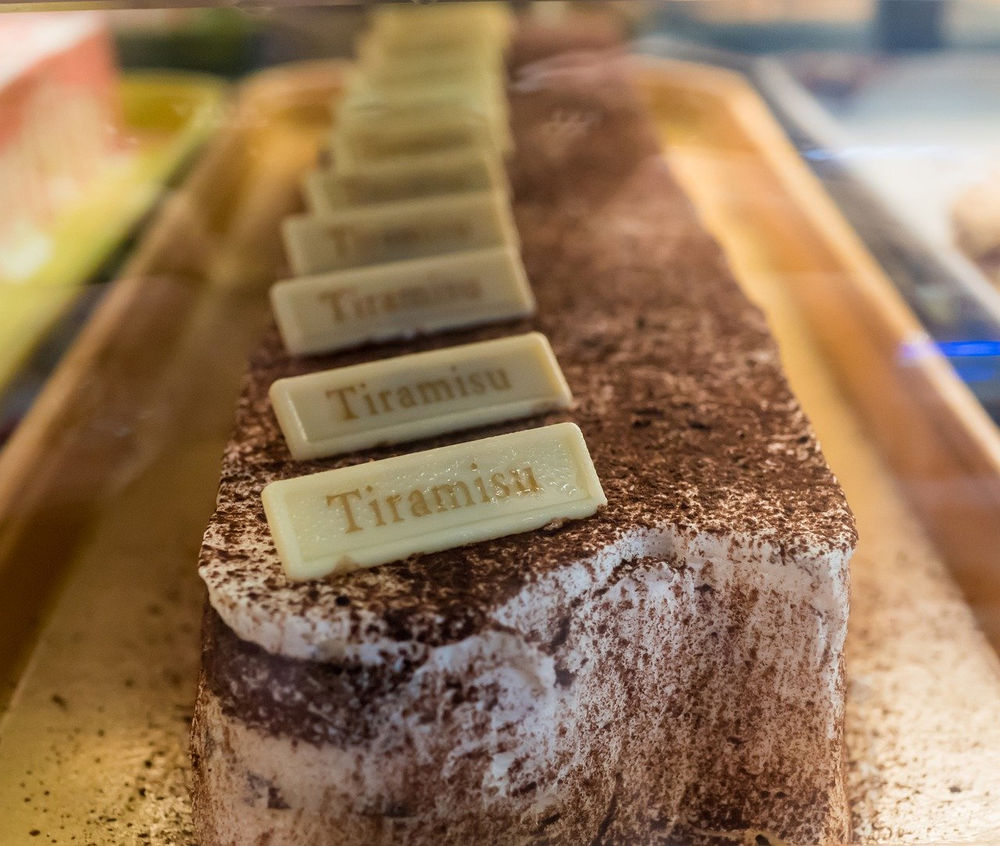 Searching the origin of recipes draws upon the imagination. Tiramisu has more interesting tidbits of its roots than most others, and its basis has been debated for years. It is one of those recipes that no one will ever honestly know where it came from or when it was developed.

There has been no documentation found about Tiramisu before 1983. We just have to allow folklore and hearsay to reign. Although culinary experts will dispute when and where similar layered types of ladyfingers are mentioned in cookbooks throughout history.

In “La Marca Gastronomica” published in 1998, author Fernando e Tina Raris describes the cuisine from the Northern Italian town of Treviso. In his book, he maintains the origin of Tiramisu was served for the first time in 1988 at the restaurant ‘Le Beccherie’.

Yet another account states that Tiramisu was nothing special. It was a traditional type of cake that became stale. And to be served fresh, coffee and liqueur were poured upon it to moisten it up.

However, others claim that this delicious dessert was produced during WWI. It was considered a “special” dessert made by women for their men going off to war. They believed that between the caffeine infusion and sugar energy, it would give their men the vigour to fight firmly and keep them alert. Thus they would return home to their families safely.

This fable goes back much further in time and depicts that Tiramisu was an aphrodisiac. It has been noted that during the Renaissance period, wives and mistresses would serve a piece to their partners. Eating the pastry gave them the oomph later on in bed.

One more variation on Tiramisu’s origins was favoured among the Venetian prostitutes. They tend to reside and work above cafes. From running up and downstairs back to the streets, they needed energy. Between customers, they would order Tiramisu as a late-night eye-opener from the cafe. Actually, the latter does make sense, since the English translation of Tiramisu means “carry me up.”

It doesn’t matter where, when or how Tiramisu was invented. This is a simple version to-prepare-in-advance recipe that will be a hit in your home.

3. In a bowl, beat the egg whites until soft peaks form. Gradually add sugar (1/3 cup) and beat in.

4. Gently fold the white peaks into the ricotta mixture. Combine the coffee and liqueur in a small bowl.

5. Place half of lady fingers in the bottom of the pan. Sprinkle in half of the coffee liqueur mixture. Then add half of the cheese mixture on top and repeat a layer.

6. Cover and chill at least 3 hours or overnight.

Now indulge in the desserts of desserts.