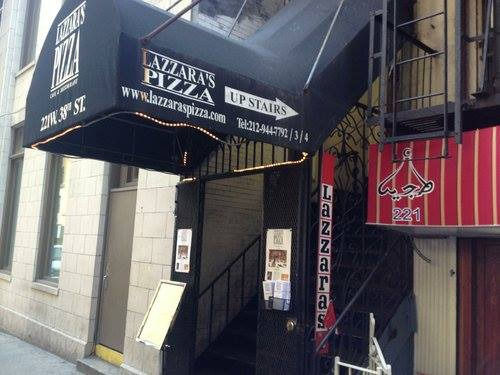 People would joke about the building’s past use. It was surmised that the upper portion of Lazzara’s must have once been a funeral parlour. While the street door of the deli may have been a speakeasy entranceway back in the 1920s.

It was genuinely baffling walking up a flight of iron stairs in a garment-district tenement building built-in 1909. Once opening the outside door and stepping in, one would come into a dimly-lit hallway. Then with a quick turn at the end, was an open door. Walking in only revealed a narrow sit-down dining room with plastic red/white table cloths. The fire escapes were visible through soot enhanced windows. The white walls and moulding had at least 1000 coats of paint, which magnified an old black fireplace and a tin ceiling. An old lady dressed in black ran the cash register and watch the place like a hawk. 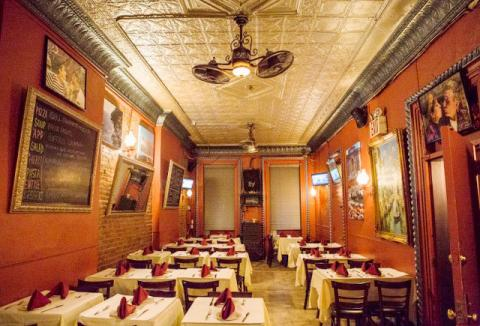 But the main attraction here (whether by the original name I can’t recall or Lazzara) was the exceptionally thin and crispy Sicilian-style square pizza. To this day, in all my travels, this is the best, in my opinion. I dined here at least monthly from 1971 to 1999. One would have to order the garlic rolls beforehand because a pie took at least 45 minutes to make. Although always late getting back to the office, it was well worth it. Hopefully, the food and experience have remained as I recall. 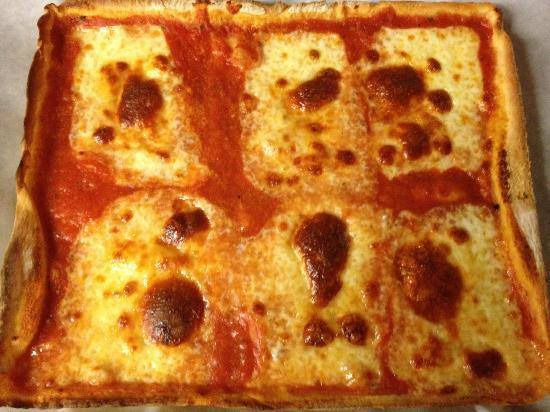