Meet me for lunch at l'Orangerie Chambre – aka Nedick's

Nedick’s was an American chain of fast-food restaurants that originated in New York City in 1913. The name was formulated from the last names of the founders, Robert T. Neely and Orville A. Dickinson. They had the original stand in a hotel storefront of the Bartholdi Hotel at 23rd Street and Broadway. 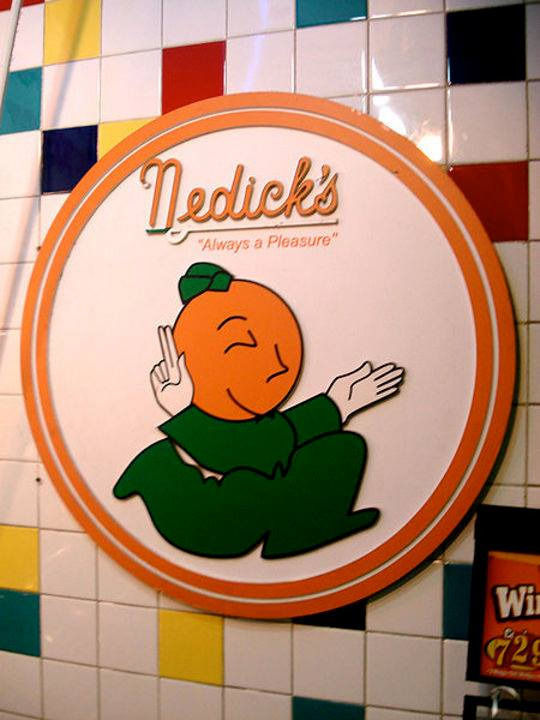 By the 1950s, there were hundreds (think Starbuck’s) all over the city and the tri-state area. The chain even sponsored a huge basketball team, the NY Knicks. The long-time radio announcer, Marty Glickman used the catchphrase every time the team scored a basket, “Good like Nedick’s”.

By 1981, the chain ultimately closed due to the competition of other franchises opening throughout the city, such as McDonald’s and Dunkin Donuts.

The chain was known for its orange and white decor and its slogan, “Good food is never expensive at Nedick’s”. Another slogan was “Always a pleasure”. “Meet me outside Nedick’s” was another common phrase heard on the street. For me, that meant the one right on the corner of Macy’s in Herald Square. However, I would say instead, “Meet me for lunch at l’Orangerie Chambre.” It sounded like we were headed to an excellent dining experience.

Similar to Chock’s, nothing beat their grilled hot dog smothered with mustard relish in a toasted bun. You couldn’t have a frank without their infamous orange drink in a paper cup filled with crushed ice infused with vitamin B1. To this day, I have yet to find an orange beverage that has come close to the one served at Nedick’s. 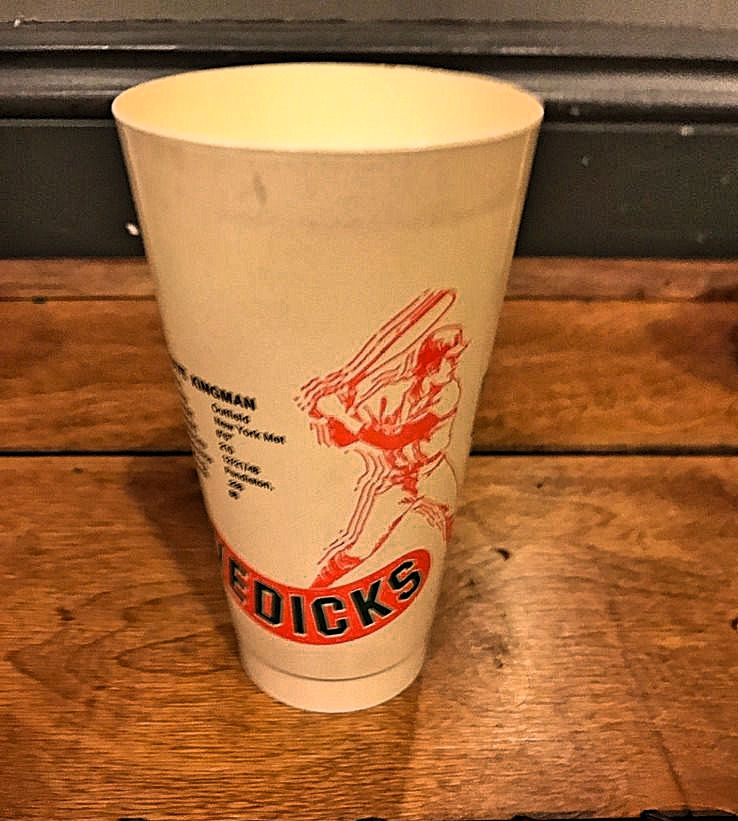