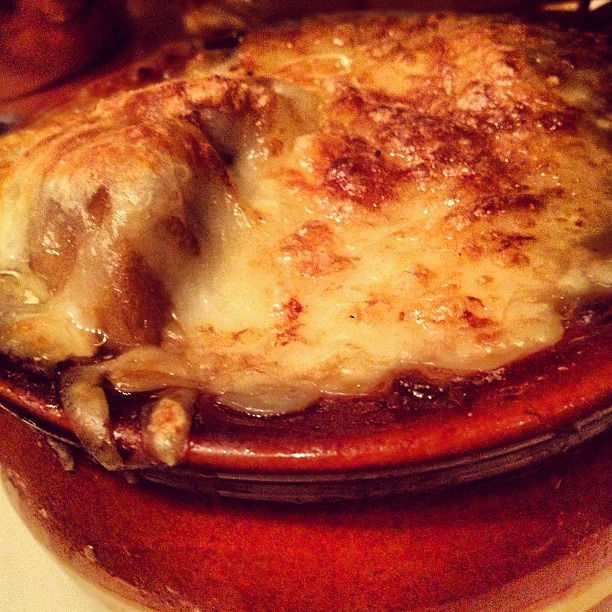 French onion soup, as the name suggests, has been a staple of France for countless centuries. Some accounts claim that the dish was invented by King Louis XV when all that was found in a hunting pantry was butter, onions and champagne. By combining these ingredients together, he allegedly created the first French onion soup.

Even if the story is a falsification, French onion soup rose dramatically in popularity until it became an iconic symbol of the nation that it is today. Early versions of the dish consisted of onions that were sliced, fried, cooked in water and then served alongside bread and various capers.

The French Onion Soup we know today was made in the 18th century when chefs added ingredients such as flour, salt, pepper and cheeses to a beef broth. In 1861, it was restauranter, Henry Mouquin and his chef wife Marie Julie Grandjean Mouquin who introduced this delicious and inside warming soup to the United States. Mouquin was on Sixth Avenue at 28th St in what was then NYC’s French Quarter in the late 19th and early 20th centuries. 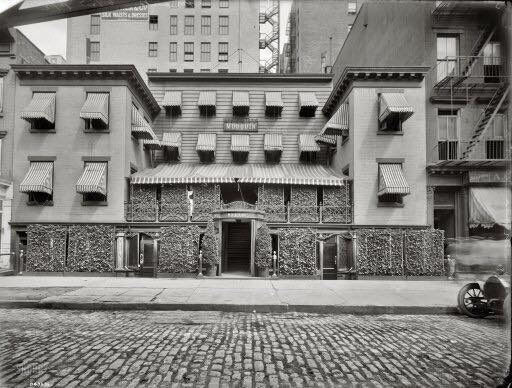 Most modern French Onion Soups are created by using caramelized onions in a broth and are served in unique ramekins. Topped with grilled Gruyere cheese, the dish is then served with croutons. This creates a meal that is perfect during the chilly winter and fall months.

There are many recipes for Onion soup and in France and Belgium it varies from region to region. This one is traditional with an added twist that I added in over the years. It contains a smidgen of Dijon mustard for extra flavor. The recipe will yield up to 6 bowls.