Joe Allen – From Waiter to Restauranteur

In May 1965, Joe Allen (a former waiter at PJ Clarkes) opened a restaurant that bears his name. Located at 326 W 46th Street opening a venue west of Eighth Avenue was a gamble at that time. The neighbourhood was rough, but the Broadway community embraced it and quickly became a hangout. 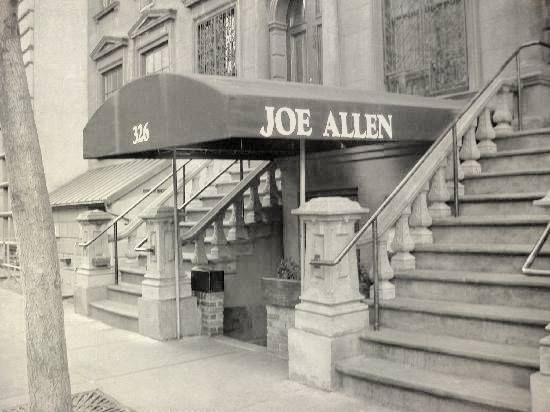 Eventually, many restauranteurs took the plunge, and the streets became known as “Restaurant Row”. Mr Allen, later on, opened another showstopper in California for the Hollywood powerhouses to lunch in named Orso, along with other venues in the US and London.

Back in New York, anyone performing in a show, whether as a chorus member or staring performer would stop off to chit chat or have a bite to eat after their performance. Broadway posters donned the walls, not of the tremendous hits and Tony Award winners, but of the flops no one can remember. The first one he acquired that went up on the wall was a show called “Kelly”. What followed was the fiasco “Breakfast at Tiffany’s “. Over the years the wall became blanketed with posters. As many a hit on Broadway, there tend to be twice as many failures. 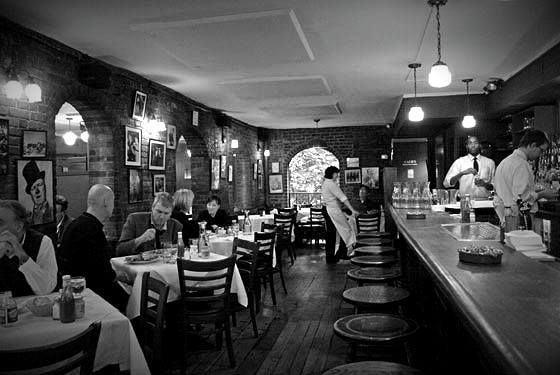 The restaurant was featured in the film “No Way to Treat a Lady” with Rod Steiger, Lee Remick and George Segal. Every time I view the movie, Joe Allen is exactly as I remembered it to be. During the times venturing there in the late 60s, his hamburger was bugger than the bun at the cost of $1.25. Today it sells for $19. The venue appears to be more refine and certainly caught on with out of town diners.

Joe Allen still survives at its original location. As New York’s premier theatre district spot, it tends to be busiest before the curtain rises on Broadway, and after it falls. Unfortunately, due to Covid-19, the management has decided to hibernate until further notice. Hopefully, Joe Allen shall return sooner than later.