Discover the Unique Staple at Serendipity 3

According to Webster, the word ‘serendipity’ means the art of finding the unique or pleasant unexpectedly by chance.

I did that just that in1960 and when I first encountered 225 East 60th Street (between Second and Third Aves.). This venue became my ‘serendipity’; which just happens to be named Serendipity 3. 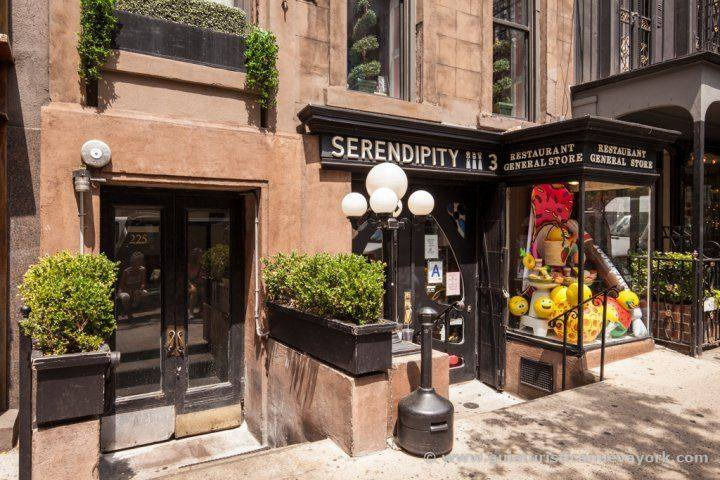 At that time it was a secret for those in the know (mostly Bloomingdale shoppers and UES’s) and believe it or not, it was considered moderately priced (unlike today). I use to go Saturday afternoons with my parents and later on with friends. You could actually walk in, and tables were available; no reservations needed.

The successful brain-storm by originators Stephen Bruce and Calvin Holt had them open up the venue in 1954. When you take the three-steps leading in, Serendipity converts its ordinary townhouse outside image into a whimsical blend. The interior is an array of dolls, posters, handmade soaps, marble-topped ice cream tables. Tiffany lamps, a two-ton clock from 1918, ceiling fans with plenty of actors waiting on tables betweens shows add to its charm. 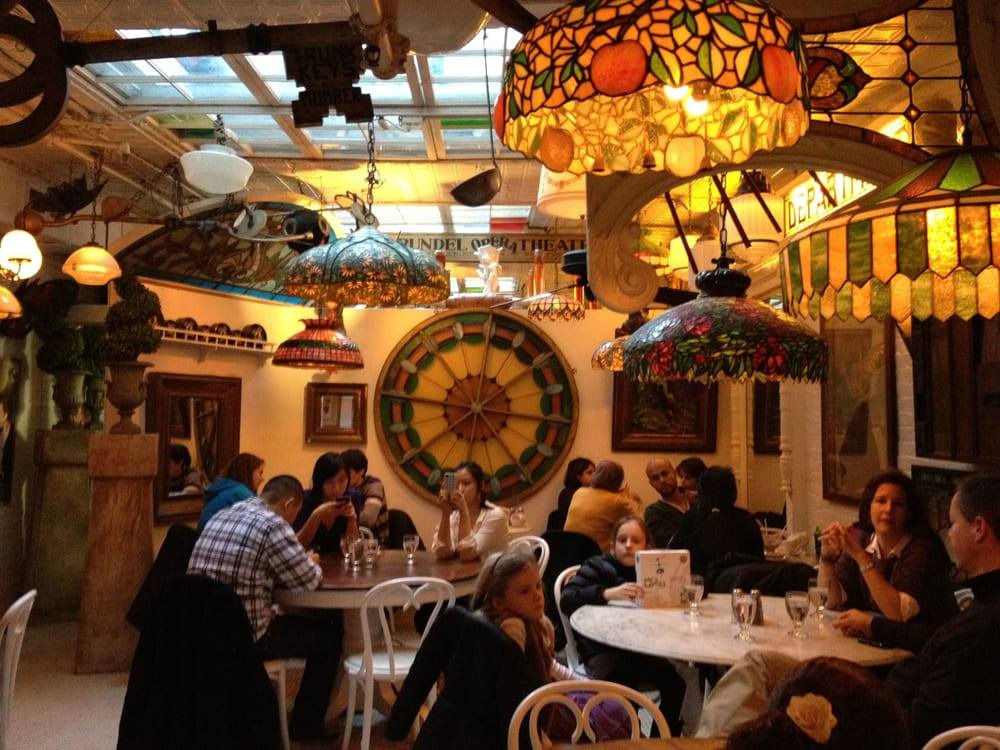 Assorted sandwiches are a popular choice, but the piece de résistance have always been their desserts. Favourites for many included the pecan pie, lemon icebox pie and double dark chocolate mousse.

Today the masses will wait around the block to get in for their infamous ‘Frrrozen Hot Chocolate’. Yes, the concept seems contradictory.

Frrrozen Hot Chocolate is a sensual blend of 14 cocoas, milk, and ice, topped with whipped cream and chocolate shavings, served in a soda fountain-esque glass. 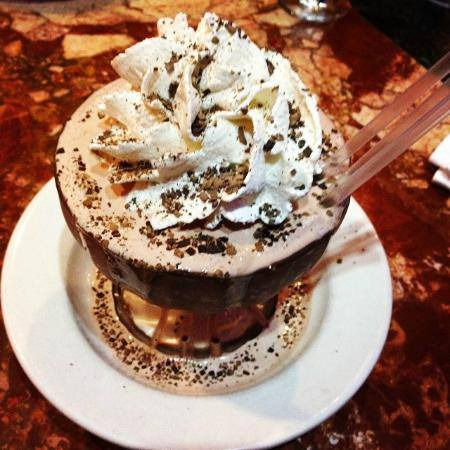 I am satisfied that Serendipity 3 still manages to place a smile on so many faces of all age groups. Dining here for this decadent snack is a treat not only for the palette but the eyes as well.