Cioppino – A Rich and Easy Stew

Although considered a San Francisco treat, Cioppino’s roots and name hail from Europe. It is similar to the fish stews found in Sicily and Mainland Italy, with ancestral links to the French Mediterranean dish of bouillabaisse. Those that immigrated to the states and settled in the Bay area of California thrust their Italian flair into the local cuisine. 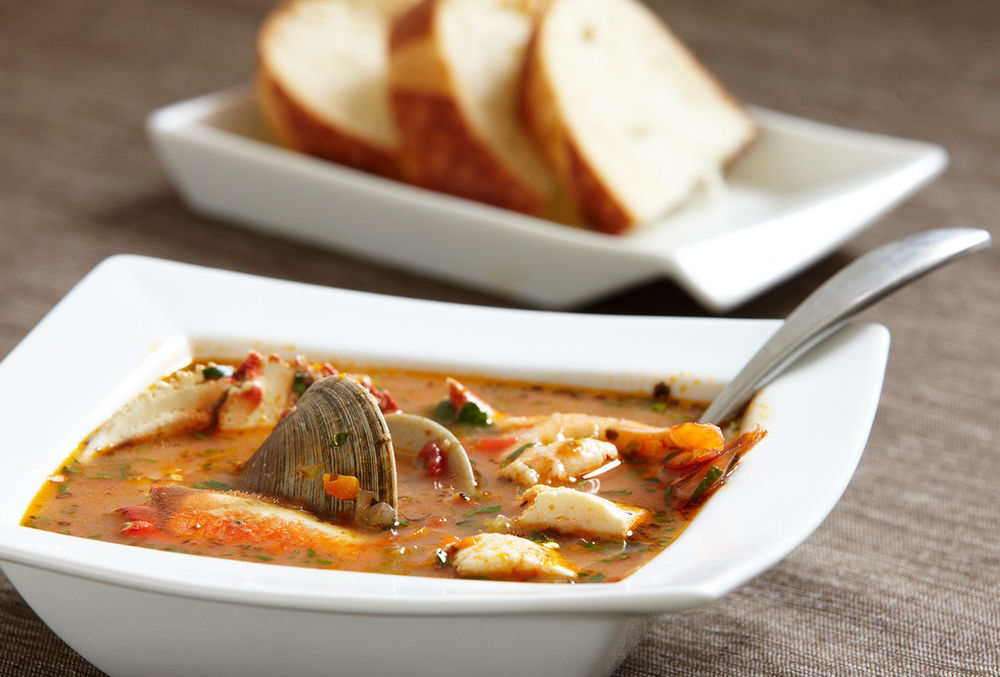 Foodie experts frequently accept that Cioppino originated in the Bay area during the late 1800s aboard fishermen’s boats. Due to the lack of refrigeration, the fishermen were limited to onboard provisions such as canned tomatoes, vegetables, bread, wine and their catch to dine on.

Over time, Cioppino converted to a seafood devotee’s delight. Its name comes from the Italian word “ciuppin”, which means to chop. It is also rumoured to derive from the word “il ciuppin”, meaning “little soup.”

In dining venues, Cioppino remains traditionally made up of the ‘catch of the day’. In San Francisco, this means that it consists of Dungeness crab, clams, shrimp, scallops, squid, mussels, and different type of fish.

There are many variations to the one above. This is a simple version that can easily be prepared at home. It is just as tasty and serves 4

1 pound of shrimp (deveined with shell and tail off)

1) Prepare shellfish – clean and scrub, steamed open and save half-shells (discard the other half but retain the liquid by straining)

2) Heat the olive oil in a large pot over medium-high flame. Add the onions, zucchini, peppers and garlic and sauté until onion turns translucent 4-5 minutes.

3) Stir in the tomatoes, and bay leaf, saffron, cayenne, and salt and pepper.

4) Add in the chicken broth.

5) Bring to a boil and simmer for about 10 minutes and boil off some of the liquid.

6) Add the wine or brandy,and simmer to reduce the liquid approximately in half.

7) Add parsley, oregano, and basil and reduce heat to low and simmer for 10 more minutes.

8) Place in seafood and the reserved liquid from shellfish.

Do not overcook and adjust seasoning to personal taste.