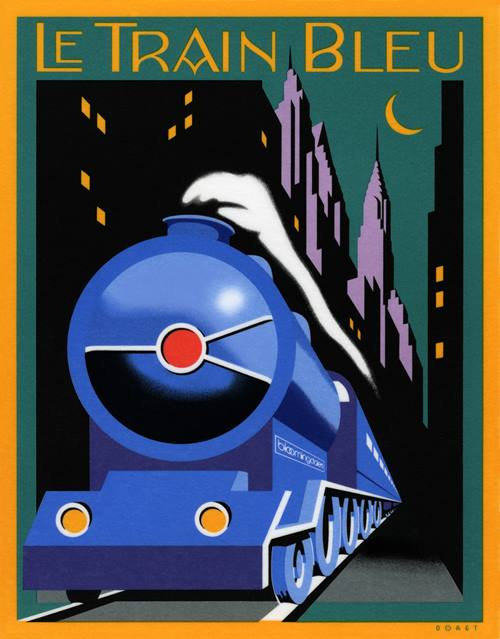 Le Train Bleu was a novel, and small restaurant tucked away in Bloomingdale’s on 59th & Lex. This venue was modelled after the original 1920’s-era dining car aboard the Calais-Méditerranée-Express’s dining car. The luxury night journey aboard the actual train serviced England/France to the French Riviera for over 100 years. Unfortunately, the line ended in 2003.

Bloomingdale’s version was burrowed away amidst the 6th-floor sales floor. A few steps up an unimposing staircase along a wall would lead guests to a long corridor, decorated with Deco-era posters of destinations across the South of France. Once inside, one would be in an intimate, dimly-lit atmosphere adorned with Victorian lamps and brass luggage racks.

Opening in 1979, Le Train Bleu had managed to stay a secluded gem in the city for 37 years. The dining venue closed in 2016. I found it the perfect place to escape and feel that I was transported away. It served not only tasty meals but that ambience of travelling on holiday.

Thursdays nights was the ideal time to sit and revel at Le Train Bleu. I brought many friends here to experience its uniqueness. Shopping in Bloomies at night was a surely a staple situation, as were the Louisiana Crab Cakes and Croque Monsieurs at Le Train Bleu. 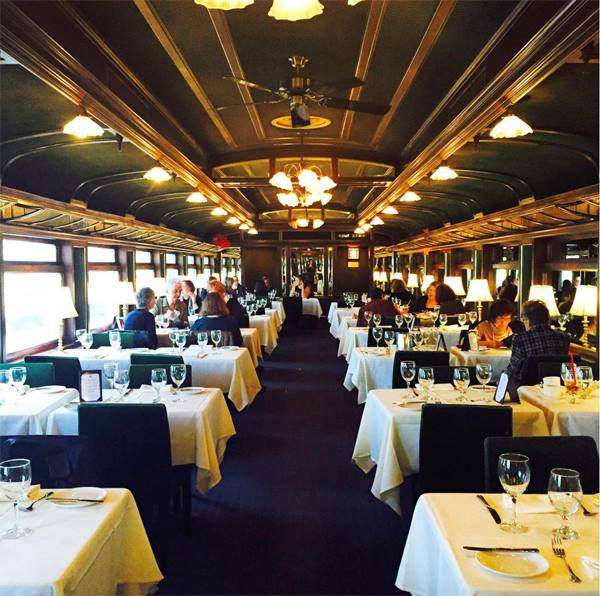