According to food historians, today’s modern carrot cake originally descended from a medieval carrot pudding in Europe. Sugar and sweeteners were high-priced for most individuals at that time, and/or often challenging to find. Carrots were chosen as a replacement for sugar and were used for bread and cakes. 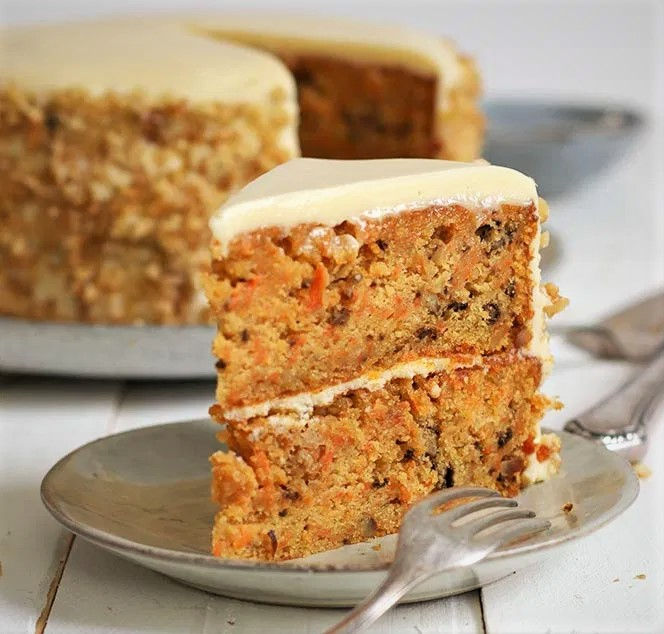 Carrot cake as we know it was developed in the early 1900s. The original carrot cake was baked in loaf pans and was more bread-like. The demand for carrot cake was likely revived in Britain because of rationing during WWII. 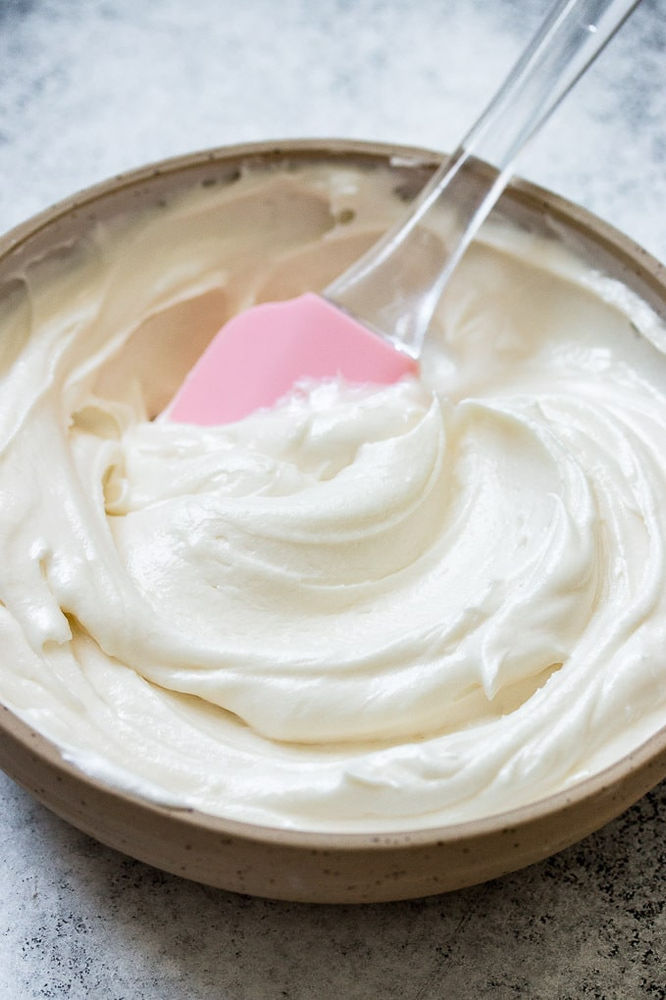 The sweet cream cheese frosting that covers it today was developed in the 1960s. The cake became commonly available in restaurants and dinners throughout the United States. During the health food craze in the 1970s, the notion of a cake having carrots excited those who were calling for more natural foods to indulge in. They rationalized since it contained pure ingredients, it only meant it was beneficial.

Be as creative as you wish with this simple carrot cake recipe. Experiment and it will become your own signature cake or cupcakes. 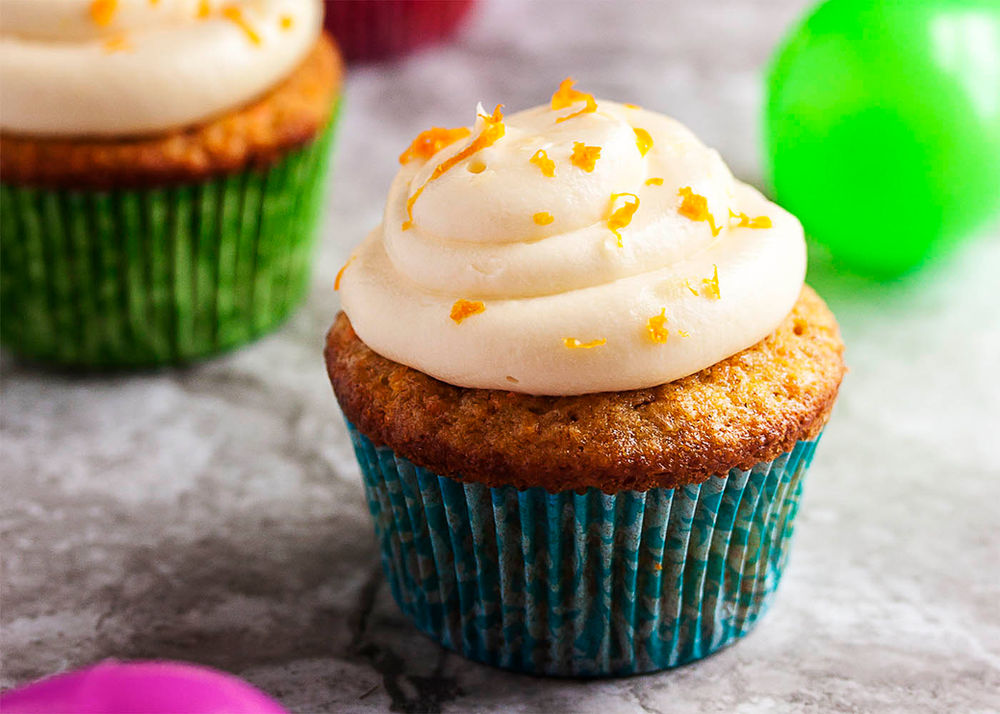 ***Add ingredients such as rum (my favourite additive), maple syrup, pineapple or coconut, raisins, or orange. This will be one slice of cake that others will rave about.

1. Preheat oven to 350 degrees. Grate the carrots and chop the pecans. Put to one side.

2. Sift together and stir well in a bowl all the dry ingredients of flour, granulated sugar, baking powder, baking soda, salt and ground cinnamon.

3. Add the oil to the dry ingredients and mix until it is nice and smooth for about 2 minutes.

4. Fold in the eggs and vanilla extract and continue to beat for an additional 2 minutes.

5. Place in carrots, pecans and anything else you would like to add to make a more personal statement.

6. Pour the mixture into greased lined round pan (9 inches) and bake for 30-35 minutes or until a toothpick can be inserted into the middle of the cake and is clean when it is pulled out.

7. Allow the cake to cool for a few hours.

While the cake is baking or cooling, proceed to making the icing.

1. Blend the cream cheese, cream and vanilla extract together in a bowl.

2. Beat with a mixer at a high speed for 4-5 minutes or until light and fluffy.

3. Add the salt and mix again.

4. While beating, place powdered sugar in at one cup at a time.

5. Set aside in the refrigerator until the cake has cooled

6. Spread the cream cheese icing on the top and sides of the cake and serve.

Carrot cake will keep for a few days in an airtight container and is sure to be a success for any occasion.